CDX Nashville was founded in 1991 by late Country Music Hall of Fame Broadcaster Charlie Douglas and national record promotion veteran Paul Lovelace as a delivery system for labels and artists to supply their upcoming singles to all full-time US country stations, satellite providers, syndicators, and programming consultants.

In 1991, CDX Nashville clients’ music was distributed via the then new medium of CD. Today, in addition to our regular Mainstream Country compilation CD, we also distribute our clients’ music digitally via InstaTrack e-blasts.

CDX Nashville’s clients include a ‘who’s who’ of Country Music artists: all the greats from George Strait, Garth Brooks, Carrie Underwood, Blake Shelton, Miranda Lambert and many more over our 28 year history. 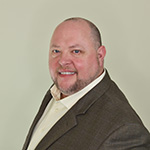 Joe Kelly worked at CDX Nashville from 1992-1999 before leaving to join Intersound Country and Platinum Entertainment where he was named Southeast Regional Director of Promotion and controlled a seven-state area with sixty-two major radio markets. Joe joined Blue Diamond Records in 2001, as Vice President, where he directed all label divisions, including A& R, marketing, promotion, sales, press and publicity. In 2004, he and two partners launched their own Aspirion Records Group where Joe assumed the role of Vice President of National Promotion, collaborating on all label divisions including A&R, marketing, sales, press and publicity in the promotion of label-signed and distributed artists such as John Corbett, Joe Nichols, Collin Raye, T. Graham Brown and many others. In 2011, Joe’s career came full circle when he rejoined CDX Nashville as Director of Marketing and Label Relations.

For more information, start with our Frequently Asked Questions HERE.